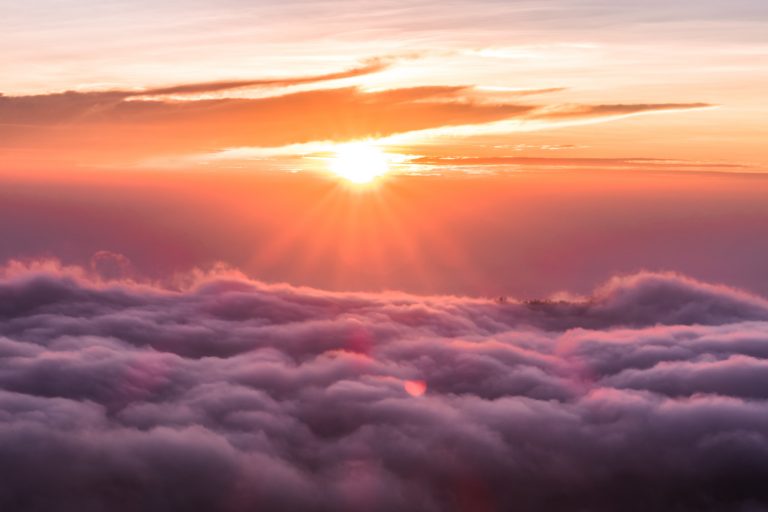 When I first heard the word spectrum used in relation to gender and sexuality, honestly? I thought “Okay, QUEERS, we may have gone a likkle too far with this one…?” because the meaning to me had nothing to do with our lives as a minority. Thankfully, I know better now and I have forgiven myself because I was clueless about so many things that related to my queerness from the beginning. As a trans* person, I was already prancing up and down said spectrum without knowing what I was doing, when I was doing it, nor what this magical spectrum was about.

I had never heard or understood that gender and sexuality amongst other things, existed in a manner that one could move through different spots, at different points in their lives. I did not understand how an intricate part of one’s existence—like gender, especially gender—could change over time while the person stays who they are on a basic level. As much as I recognised that I was not exactly left or right, I didn’t know that I could move from left to right and beyond those boundaries…at any time and still be me at my centre.

So what then is this magical plane that we queers can navigate so easily, even in our oblivion? Well, the Oxford dictionary spectrum as a word is “used to classify something in terms of its position on a scale between two extreme points” And a second definition following saying “a wide range”. When we add the prefix sexuality or gender to spectrum, you can get a slight idea of how this applies to these concepts. Personally, I like the second definition because when you think of how the concepts of sexuality, gender identity et al play out, the idea of limits counters these concepts. A WIDE RANGE implies the absence of limits, boundaries or “two points” (as implied in the first definition) within which possibilities lie; it is simply extensive. In essence, the spectrum whether in relation to gender or sexuality—is extensive, a lot, PLENTY. If we buckle down and dig into semantics, a range—thought not suggesting two points—could still be graced by the possibility of a boundary or limit.

Instead of digging down into semantics around the meaning and definition, let us explore two concepts—sexuality and gender—that always come up when we mention the word spectrum in the community. This is not to say that these are the only concepts connected to the spectrum—there are more spectrums that address other things like romantic attraction and relationship style. For the purpose of this article, we will be focusing on sexuality and gender in explaining the spectrum.

The sexuality spectrum refers to the fluidity of sexuality and how throughout one’s life, one may move along and through different points, exhibiting differing sexual characteristics over time. This means that people’s sexual orientation does not (and may never be) tied to a singular category. With the spectrum today, people are free to explore the limits of their orientation and have the right language to adequately communicate their position at various points of their journey.

There have been studies to explore this intimate part of our personality and popular tools like The Kinsey Scale, The Klein Sexual Orientation Grid, and The Storms Sexuality Axis help expand on how sexuality and orientation does not necessarily exist in a fixed place. At the same time, sexuality isn’t always necessarily linear either—i.e. from one end being heterosexuality to the other end which is strict homosexuality. This is explained in the Storms Sexuality Axis which puts sexual orientation on an x-y axis with the zero point of each axis making room for asexuality.

Cade Hildreth explains the gender spectrum as “an understanding that gender is not binary (female/male), but rather a spectrum of biological, mental and emotional traits that exist along a continuum.” I like this perspective because it makes room for other aspects of a person’s personality that plays a role in their gender and not just their biological sex. Historically, when a child is born, they are assigned a sex based off their genitals and this is further extended to their gender as they grow—by way of gender roles.

On both ends this is grossly erroneous; one being that gender is a “personal identity” and not something that can be assigned to an individual by someone else other than said, individual. On the other end, the presence of intersex people counters the notion that biological characteristics are binary i.e. the male-female dichotomy because they are born with biological traits that are both male and female. With the gender spectrum, there is room for intersex and trans people who may not belong to either end of the spectrum, and non-binary people who may be either within both ends or outside them altogether.

I spoke with a fellow Nigerian enby extensively (i.e. non-binary person) and they gave me some very helpful insight into how they understand spectrum. According to Bukola Amara, the spectrum is defined as “an infinite range with the possibility of boundaries”—an interesting blend of both definitions given at the top. B, as I fondly call them, went ahead to say “It’s a weird word because it’s just as welcoming as it isn’t—the boundaries are possible extremes; it’s infinite but can also close up. In this case (citing the autism and gender spectrum), the word is used for the sake of inclusivity and safety. It’s used to signify divergence. It’s helpful in understanding that people aren’t just one thing.” This takes us to why the spectrum is so important for our community and beyond (because there are other spectrums outside of those mentioned here).

Spectrums reiterate that nothing exists in a fixed state but rather changes and evolves over time—and it is okay and valid! There is no one way to do sexuality and/or gender and what one experiences at that moment is all that matters. Simply put, people are complex and all that makes us people are equally complex. Things change all the time—new spectrums rising, old notions dying, and an all-round change as human existence shifts over time. We have these spectrums to help us navigate these experiences with the right understanding and language for each individual.

To round up, I will leave you with some final words from B; “Another thing about it is that the spectrum is the space that is filled up what we know and also what we don’t know and accept, yet. It creates space for the future. We can continue to understand who we are—human sexuality and gender—without closing the door on the future generation. It makes space for change. If there is a word or concept that we understand and accept now, and in the future are found to be inappropriate or no longer useful, there is space for improvement or even cancellation.”

Wherever you are right now?